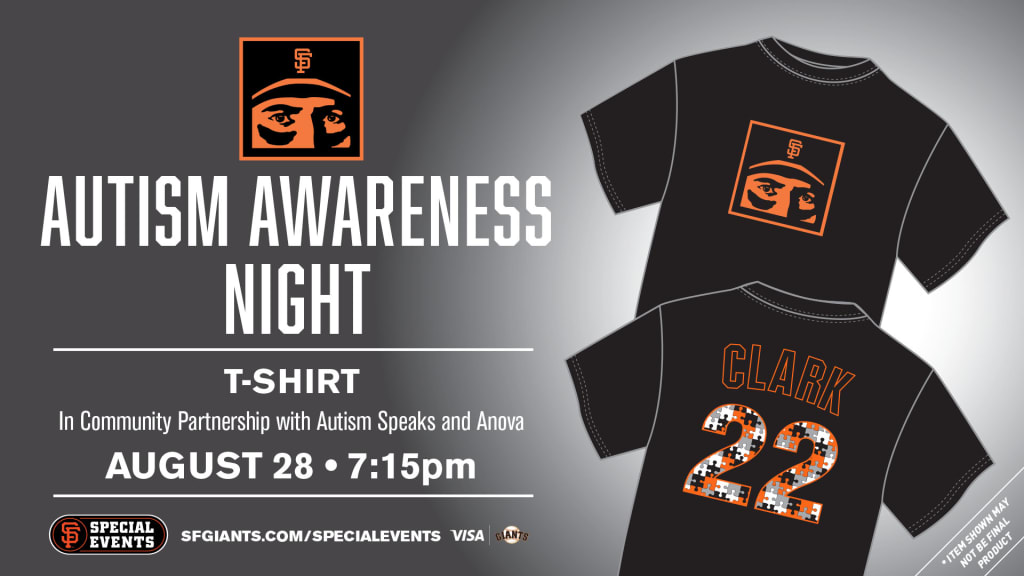 In Community Partnership with Autism Speaks, and Anova

We're proud to partner with Autism Speaks and Anova in an effort to change the future for those struggling with autism spectrum disorders. With the help of Giants legend Will Clark, the Giants hope to raise awareness about this developmental disorder that affects more children than childhood cancer, juvenile diabetes, and pediatric AIDS combined. Each Special Event ticket includes an exclusive Will Clark T-Shirt. Proceeds from each Special Event ticket will benefit non-profits in the Autsim community.

In Community Partnership with Autism Speaks and Anova

Expand your Austism Awareness Night with a VIP Experience. Support the effort to change the future for all those who struggle with autism spectrum disorders. Your VIP Experience tickets includes a Will Clark Mini Bat, along with a Will Clark T-Shirt. Join the San Francisco Giants and legend Will Clark on this one-of-a-kind night.