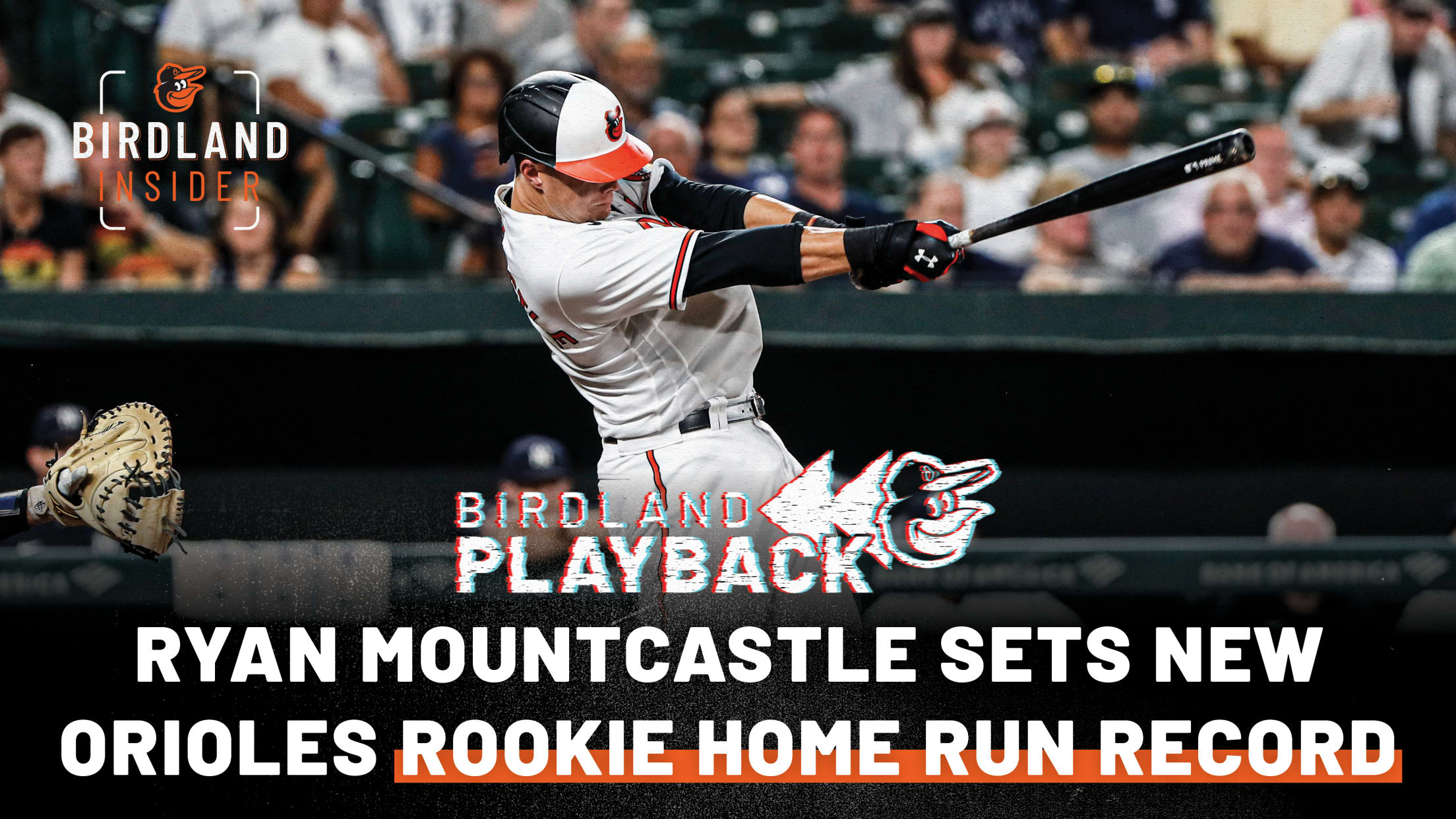 But one of the most defining moments of his rookie campaign came on a rainy September night when he etched his name in Orioles history, hitting his 29th home run of the year, a 438-foot solo shot in the sixth inning, to surpass Orioles Legend and Hall of Famer Cal Ripken, Jr., and set a new Orioles rookie single season home run record.

“It was crazy,” said Mountcastle. “I mean Cal is obviously the face of the Orioles it feels like. And for me to pass him, it’s a special moment for me and my family.”

While he knew he was closing in on the record, the only thing on Mountcastle’s mind as he entered that at-bat was finding a good pitch to hit. He worked the count to 2-0, and then got a fastball over the plate. The moment he made contact, Mountcastle knew it was hit well.

“It was definitely in the back of my head once I started to creep a little closer,” said Mountcastle. “Once the game started, I tried not to think about it. But once it finally happened it was a little bit of a relief and a cool experience.”

Mountcastle’s record-breaking season was made all the more impressive after he got off to a slow start at the beginning of the year, hitting just .198 (18-for-91) with one home run in 25 games in April.

“Ryan got off to a little bit of a slow start in April,” recalled manager Brandon Hyde. “I thought he was pressing a little bit early, but once he relaxed and started swinging at a little bit better pitches to hit, you started to see the impact, middle-of-the-order type of player that he is.”

Mountcastle’s standout month was highlighted by his first-career three homer game on July 19 vs. the Blue Jays. It was the 33rd three-home run game by a rookie in Major League history, and the second in Oriole’s history, joining Nick Markakis (August 22, 2006).

“The three homer game was really cool,” recalled Mountcastle. “The crowd started chanting my name and the curtain call out to the fans was really cool. Just [the fans] being supportive about it was awesome.”

The support the fans showed Mountcastle was well deserved. In his first full season in the majors, Mountcastle became the first Oriole rookie to lead the team outright in home runs since Curt Blefary in 1965, ranked ninth all-time among rookies in AL history with 33 home runs, and finished the season with 89 RBI, the second-most among rookies in O’s history.

While Mountcastle’s rookie campaign will not soon be forgotten, he is already looking toward building for the future.