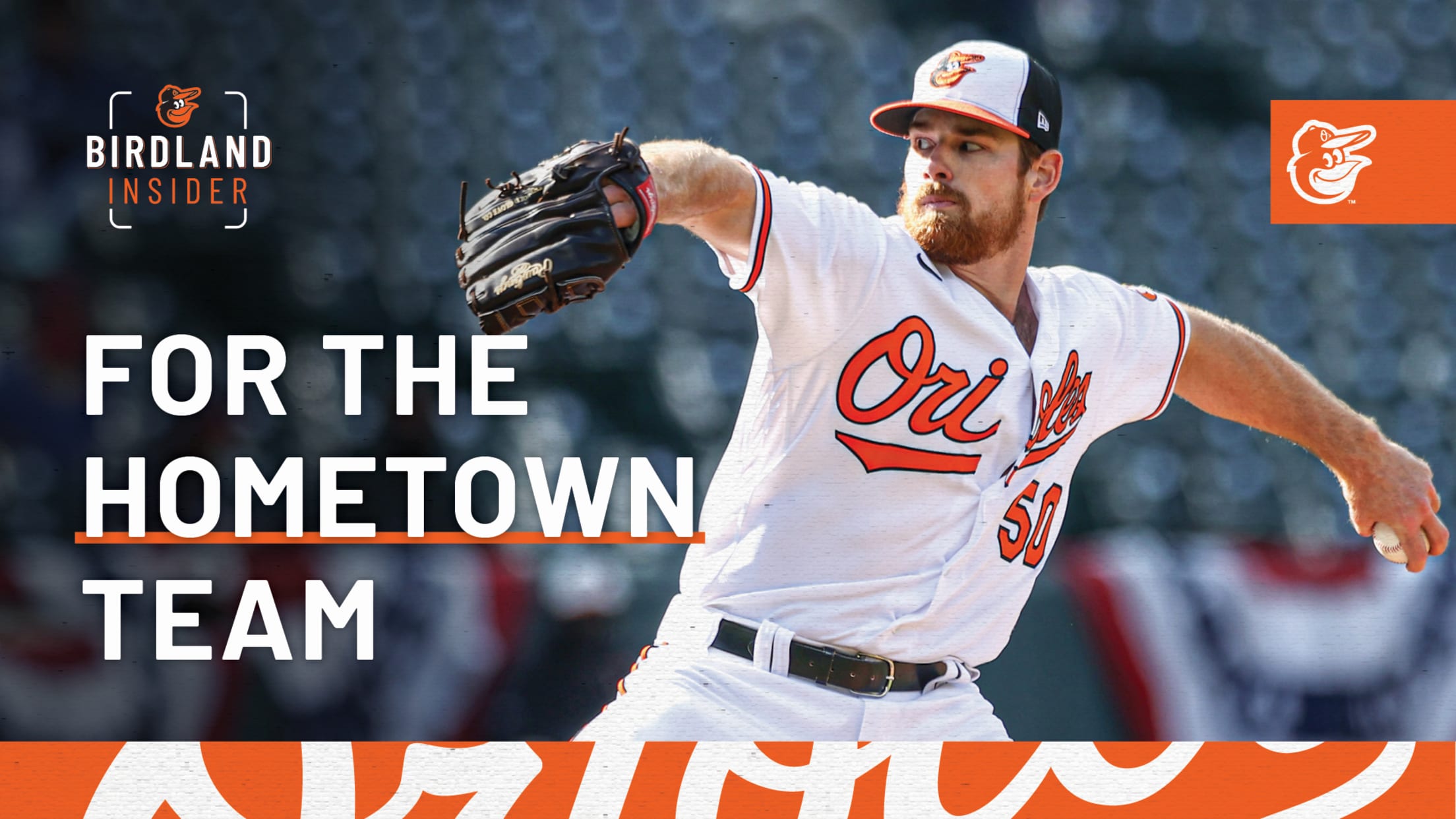 Before making his second career start -- and the first in front of fans -- at Oriole Park at Camden Yards on April 10 against Boston, Bruce Zimmermann’s mind was 12 miles away, on his parents’ refrigerator.

“There was a tee-ball picture of me from when I was five years old on our refrigerator, and that kind of just popped in my head recently,” said Zimmermann. “The difference between that kid and who I am today doing what I’m doing, it’s kind of mind blowing, but also the most gratifying thing I can think of that I am blessed enough to play this game.”

He doesn’t know why it stayed on the refrigerator for so long, but that picture of a smiling young Zimmermann, in a maroon Christian Athletic Association T-shirt with a tiny bat and a big batting stance, is what calmed the Ellicott City, Md. native prior to taking the mound for the first time in front of his hometown.

It was a moment a long time in the making, and one Zimmermann was never even sure would happen. He was never the player people expected would play college or pro ball. And then, when he did get his chance to be a professional baseball player, it was not with the Orioles.

Zimmermann was drafted by the Atlanta Braves in the fifth round of the 2017 First-Year Player Draft as a senior out of the University of Mount Olive in North Carolina. He had a good season in his first full year of professional baseball, but at the time of the 2018 trade deadline, he still wasn’t an “on paper prospect,” so the thought of getting traded never even crossed his mind.

“There was a list of reasons I wouldn’t be on the trading block basically,” said Zimmermann. “And then lo and behold I got news that I got traded, so that was shocker already. And then to find out it was back to my hometown team was very special and I was super excited.”

The only people more excited than Zimmermann were his friends and family, even though some of them found out through ESPN and MLB Network before he could call and tell them himself. The support he received when he got traded matches what he feels now, and what he felt taking the mound at Oriole Park for the first time this season.

He heard them before he saw them. When he stepped out of the dugout to throw his bullpen prior to his start, he could hear his family: his mom, dad, five siblings, and their spouses, plus four or five groups of friends scattered around the ballpark, all yelling, “BRRUUUUUCE.” When his name was announced in the starting lineup, he heard the crowd roar.

That was the moment he realized he was not in the stands anymore. He was now the player on the field he used to cheer for as a kid.

“It was a very special moment, taking the mound before the first pitch,” said Zimmermann. “After that it was all eyes on the game. But it was an incredibly special moment to have that come full circle at Camden.”

The friends cheering his name from the stands were the same friends he used to come to games with. And the same ones with whom he, like so many Maryland kids, really fell in love with Orioles baseball.

Zimmermann was at his friend’s house watching the 2014 ALDS Game 2 when Delmon Young hit his legendary bases clearing double to lead the O’s over the Tigers. The group of boys celebrated by jumping on the sofa and cheering as loud as they could.

“I think any Orioles fan will tell you that was their highlight in the past few years,” said Zimmermann. “That was probably it.”

Also like many other Orioles fans, Zimmermann had an Adam Jones USA Baseball jersey and nearly a dozen Orioles hats growing up. His favorite hat had “The Cuckoo Bird” logo across the front, the same one he wore when he took the mound at Spring Training this year.

When teammates ask him for recommendations of what to do or where to eat in Baltimore, Zimmermann doesn’t have to think about it. He can tell you the best restaurants in Fells Point and where to go for the best view of the city. And he is adamant about where to get the best bacon, egg, and cheese sandwich: THB Bagelry + Deli, the same place he ate the morning of his first start.

But the best part of playing for his hometown is now being the person younger local baseball players can look up to. They can see him and know that it is possible for a kid from Maryland to make it.

“I know I didn’t have all that many experiences with professional players growing up just because not a lot of pro guys come out of Maryland,” said Zimmermann. “So being able to be that and go around and talk to some younger players and hopefully inspire some kids, that even though Maryland isn’t a hot spot for baseball like it is for lacrosse, you can still get there if you work hard enough.”

Zimmermann may never know if he is the reason a young baseball player will make it to the pros, but he knows he will do everything he can to give back to the area that gave him so much. He hopes that eventually he will be able to pay it forward down the road for his fellow hometown kids.

But for now, he is going to take it all in and enjoy every moment. Remembering the kid in the maroon shirt who first fell in love with the game, as the man in orange and black takes the mound at Oriole Park, hoping to give the next generation of fans a reason to fall in love with Baltimore baseball.

“I was always a massive Orioles fan and it is a dream come true to be playing for the Orioles,” said Zimmermann. “Being in the Major Leagues is the dream, but to do it for the hometown team just means that much more. It was always a dream of mine growing up, I have great memories from that and I’m making a lot more right now.”