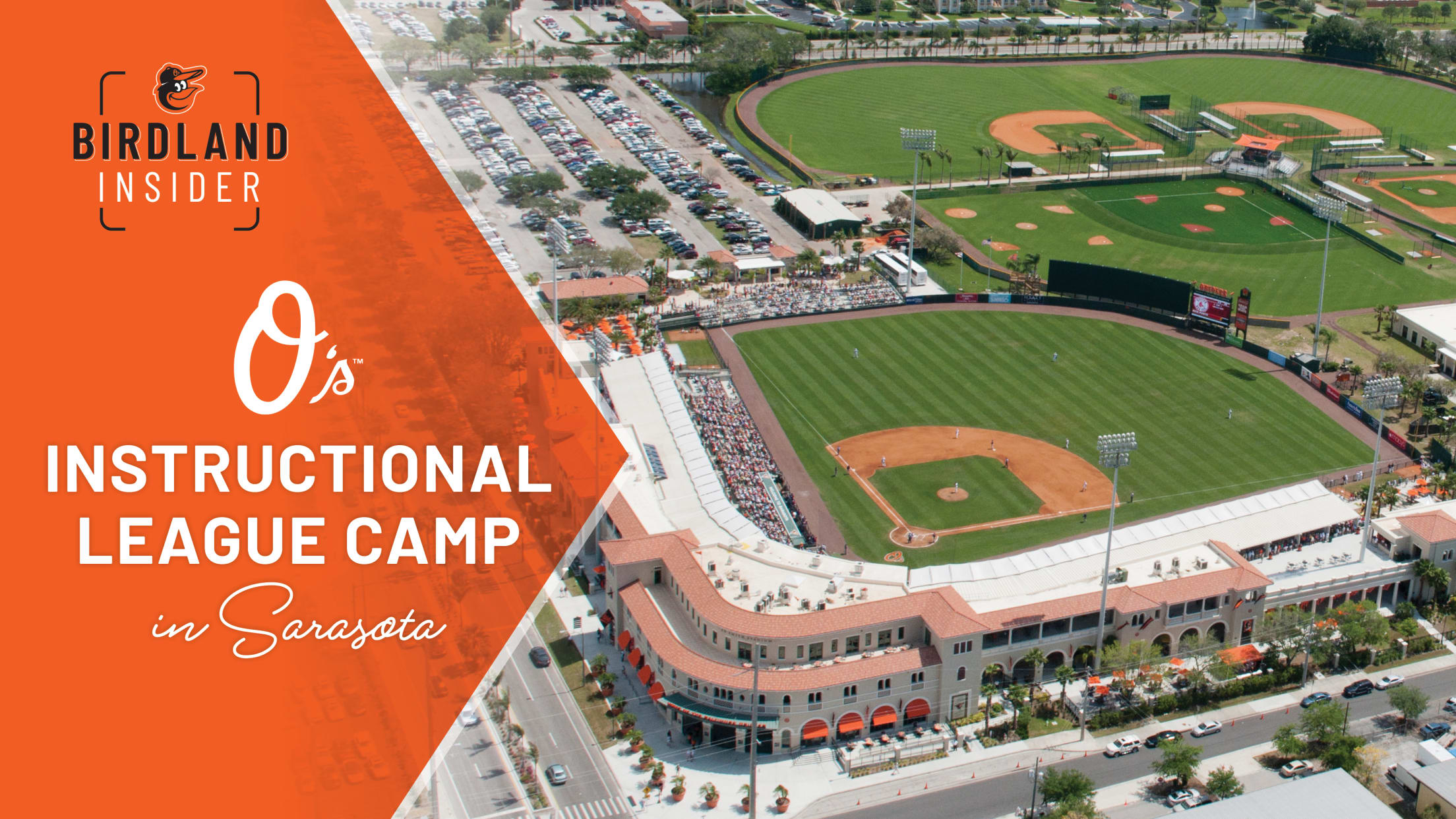 By Adam Esselman and Liam Davis

Today, 50 Orioles Minor Leaguers – including 17 members of the 2021 draft class and 19 of the club’s Top 30 prospects according to MLB Pipeline – reported to the Ed Smith Stadium complex for the team’s Fall Instructional League camp. The program, which focuses on specific individual development to help accelerate a player’s progress through the Minor League system, will run through Saturday, November 20.

In total, 17 pitchers, 17 infielders, 13 outfielders, and three catchers made the trip to the southwestern coast of Florida. Among them are some of baseball’s top prospects, as well as members of the 2020 and 2021 draft classes, players who were sidelined by injury during the 2021 Minor League campaign, international prospects, and several intriguing players acquired in recent trades.

In attendance at the Orioles’ Fall Instructional League camp are three of the Top 100 prospects in baseball, according to MLB Pipeline.

Left-handed pitcher DL Hall, the No. 72 overall prospect in baseball and the No. 3 prospect in the Orioles’ system, pitched to a 3.13 ERA (11 ER/31.2 IP) and a 1.01 WHIP, with 56 strikeouts to 16 walks, in seven starts for Double-A Bowie before being shut down due to an elbow injury. The 2017 first-round pick will look to rehab from his injury in preparation for 2022 Spring Training.

The No. 5 overall selection of the 2021 First-Year Player Draft, outfielder Colton Cowser, will also be in attendance. The Sam Houston State product is ranked as the No. 76 overall prospect and the fifth-best prospect in the O’s system. He made his professional debut with the Florida Complex League Orioles Orange before being promoted to Low-A Delmarva in August. In his first professional season, he hit safely in 25 of 32 games between the FCL Orioles and the Shorebirds, slashing .375/.490/.492 for a .982 OPS with two homers, eight doubles, 30 runs scored, 25 walks, and 34 RBI.

Norby, who led the nation in hits as a junior at East Carolina University (NC), is ranked as the No. 9 Orioles prospect by MLB Pipeline. Other 2021 draftees ranked among the O’s Top 30 prospects include outfielders Reed Trimble (No. 21) and John Rhodes (No. 30). Following the promotion of a dozen of the 2021 draft picks to Delmarva on August 17, the Shorebirds finished out the season with a 20-10 record in their last 30 games.

Infielder Coby Mayo, the club’s fourth-round pick in 2020, was also among the wave of promotions to Delmarva on August 17. After the cancellation of the Minor League season in 2020, Mayo slashed .319/.426/.555 with nine homers, 14 doubles, one triple, 46 runs scored, 29 walks, 11 stolen bases, and 41 RBI in 53 games between the FCL Orioles and the Shorebirds in his first professional season.

The No. 2 overall selection in the 2020 First-Year Player Draft, outfielder Heston Kjerstad, returns to baseball activities following a diagnosis of myocarditis last year.

Right-hander Carter Baumler, who was Baltimore’s sixth and final pick in the 2020 First-Year Player Draft, will participate in the camp to rehab from Tommy John surgery.

Baltimore’s second-round pick in 2020, Hudson Haskin, finished with a .786 OPS, 59 runs scored, and 22 stolen bases in 83 games between the Shorebirds and IronBirds after a fractured thumb in August cut his season short.

Since Mike Elias was named Executive Vice President and General Manager in November of 2018, the Orioles have invested heavily in their international presence. Highlights include the club’s first-ever seven-figure international signings, C Samuel Basallo and SS Maikol Hernández, in the 2020-21 International Signing period, and the groundbreaking of a new, state-of-the-art training academy in Guerra, Dominican Republic, earlier this month.

Basallo, ranked as the No. 24 Orioles prospect, and Hernández, ranked as the No. 19 Orioles prospect, are both participants in this year’s Fall Instructional League. The two are joined by 2019-20 International Signing period headliner outfielder Luis González, the No. 28 prospect in the Orioles system. Other homegrown international prospects participating in the camp include infielder Anderson De Los Santos and outfielder Stiven Acevedo.

Additional Top 30 Orioles prospects in attendance are infielders Adam Hall (No. 15) and Darell Hernaiz (No. 23), and left-handed pitcher Drew Rom (No. 25).

Orioles pitchers and catchers are scheduled to report to 2022 Spring Training on February 15 and the first full-squad workout is set for February 20. The 2022 season will mark the Orioles’ 13th consecutive Spring Training season in Sarasota and the club’s 12th at renovated Ed Smith Stadium. For more information, visit Orioles.com/Spring.