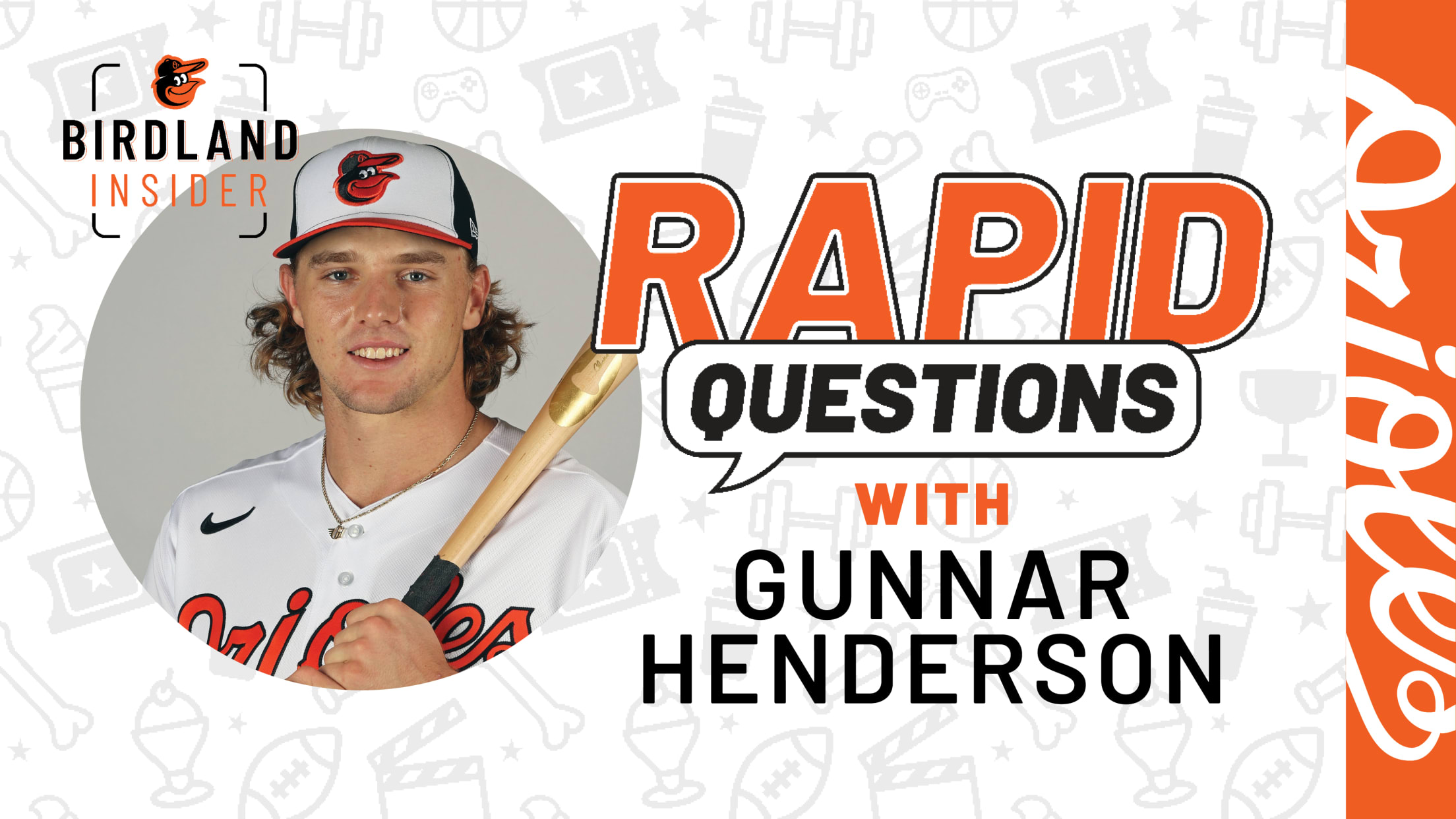 Well, I’ve played in two, so I guess Camden Yards.

What did you want to be when you were little?

Baseball player, believe it or not.

What player or coach would win an arm wrestling contest?

I get Holty being sneaky.

Kevin Costner. Because I want to be in Yellowstone.

What is your favorite way to spend an off-day?

It’s what my older and younger brother both wore growing up.

What is your favorite animal? Why?

Dog. Just because we’ve had dogs growing up and I just love being around them.

If you could see any singer in concert who would it be?

What is one word your teammates would use to describe you?

If you have the aux in the clubhouse, what are you playing?

Who do you look up to the most?

Probably my dad, just growing up and him being my coach growing up was really awesome to have him.

Just got a follow back from Alex Bregman so I think that’s probably the biggest one I got so far.

I actually had a 2001 Chevy Silverado that I was gifted.

If you could play any position other than your own, what would it be?

Who’s the greatest athlete of all time and why?

What is your favorite thing about this team?