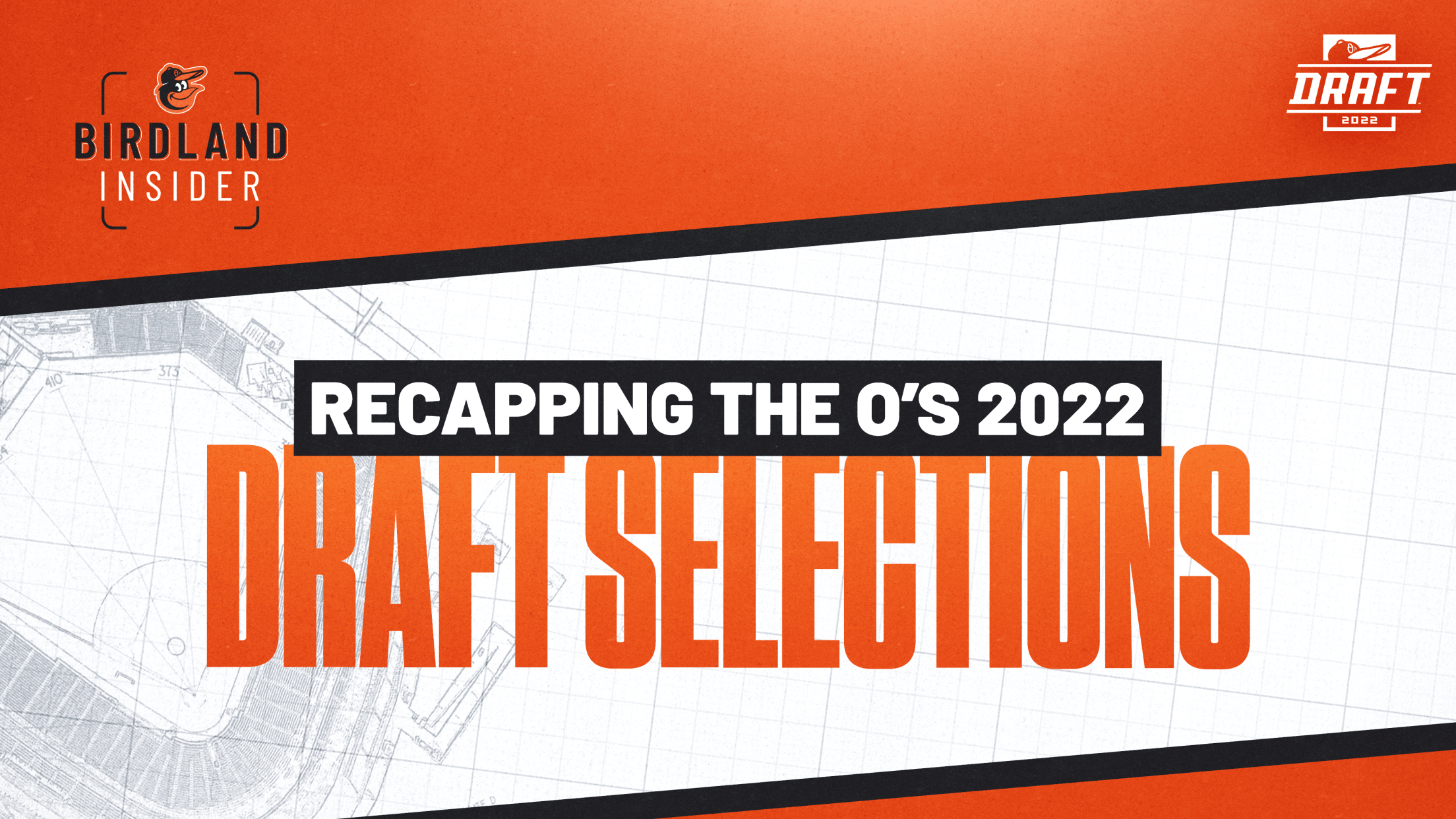 The Orioles entered the 2022 draft with the second-largest draft pool in MLB history. They finished the draft with 22 total selections. The class consisted of 11 right-handed pitchers, one left-handed pitcher, four outfielders, four infielders, and two catchers. Of the O’s 22 of the selections, 20 were college athletes, and only two, including Holliday, were selected out of high school.

“We’re adding what’s going to be a big new wave to the bottom of what is an excellent farm system,” said Orioles Executive Vice President and General Manager Mike Elias. “This Orioles organization is in the healthiest spot it’s been in in a very long time, and it just got a lot healthier.”

“We couldn’t be happier with the player and the person that we’re getting,” said Elias. “Jackson is a five-tool shortstop, left-handed bat. He does it all -- he throws, he’s a plus runner, he’s going to hit and hit for power, and he has the best swing in the draft. He’s got everything in front of him. He’s going to be a big addition to the culture that we’ve built, and our players have built, in the Orioles Minor and Major League system together.”

“[We’re] extremely happy with the guys that we selected tonight,” said Orioles Director of Draft Operations, Brad Ciolek. “We got a guy in Max Wagner with significant raw power to all fields, on-base skills, and the ability to play a solid third base. We also got the two outfielders, Dylan Beavers and Jud Fabian, who possess a unique trait as far as power and speed. We’re really happy about our return this evening.”

The Orioles’ eight day two selections consisted of five right-handed pitchers, one outfielder, one infielder, and a catcher. There was one word Ciolek consistently repeated when describing Baltimore’s day two picks: upside.

“Nolan’s primary focus with us will be pitching,” said Ciolek. “We think that there is immense upside with him as far as his arsenal is concerned and the ability to stretch him out once he gets acclimated to pro ball. With that said, we are going to give him the opportunity to DH. He does have prodigious raw power, plus raw power to all fields, so we will give him the opportunity to continue hitting.”

“What we really like about Wyatt is we had the ability to scout him in person, but also we were able to tap into some our analytics as far as Trackman data is concerned,” said Ciolek. “He has a unique fastball profile that we look for, has elite hop on his fastball, and has a pair of breaking balls that play immensely well.”

The Orioles made 10 selections on the final day of the draft. Including seven-foot southpaw, Jared Beck, out of Saint Leo University (FL). If he reached the majors, Beck would become the tallest player in MLB history. The Orioles closed out the draft when they selected Reese Sharp, a right-handed hurler from Indiana University, in the 20th round.

“We’re really excited about the crop that we got today and yesterday,” said Ciolek. “We’re really looking forward to getting them down to Sarasota to work with our player development staff.”