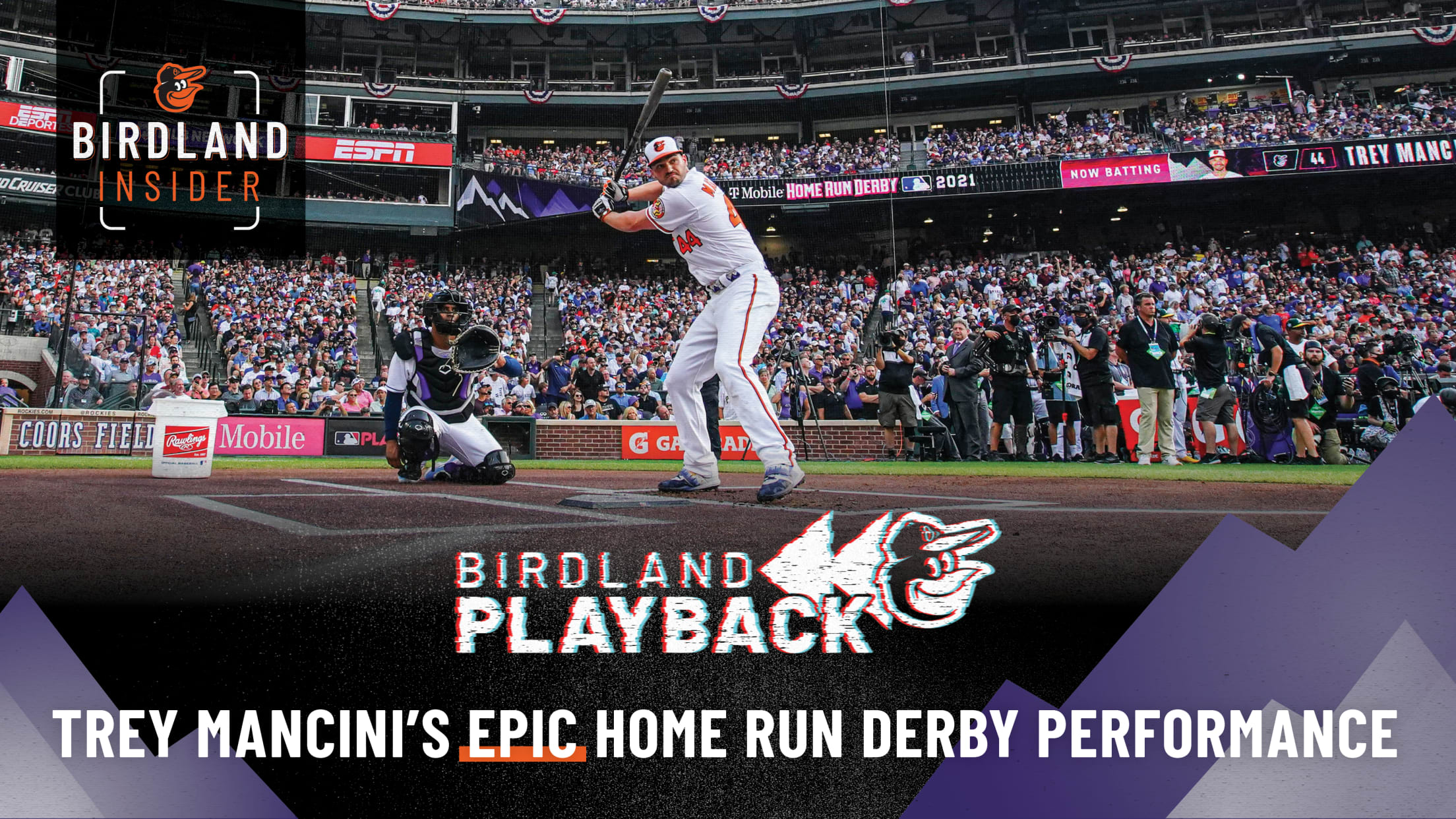 At the All-Star break, most baseball fans would have already considered Trey Mancini’s season a triumphant success despite the Orioles having 73 games remaining on their schedule. He had posted a .791 OPS and ranked tied for the team lead with 16 home runs less than a year removed from being declared cancer free. His resilience and durability following his nearly yearlong fight with stage III colon cancer were exemplified by the fact that he played in nearly all of Baltimore’s first 89 games – 86 total, 83 as a starter.

His return to form in the first half of the season was capped off by an invitation to participate in the 2021 Home Run Derby at Coors Field in Colorado. In the first Birdland Playback, Mancini breaks down his experience at the Derby and what it means to him.

The invitation came at the end of June, and Mancini jumped at what he described as a “once-in-a-lifetime opportunity.” But he didn’t just want to be in the event; he wanted to win.

“I didn’t want to be seen as a charity-case ask,” he said. “I wanted to show that I earned the right to be there.”

With his first-round performance, he did just that. He slugged 24 home runs, the most by an Orioles batter in a single round in Home Run Derby history, to advance past Oakland A’s slugger Matt Olson.

Mancini, whose baseball résumé includes being crowned the 2012 Big East Home Run Derby champion with Notre Dame, had a familiar face throwing to him in Fighting Irish assistant coach Chuck Ristano. Mancini kept a promise to his former coach that if he ever participated in a Major League Home Run Derby, Ristano would be his pitcher.

In the second round, Mancini faced off against the Rockies’ own Trevor Story on his home turf. Story would have to take his swings first, hoping that he launched enough balls over the fence to stave off elimination, but knowing that after his time was up, he’d have to watch from the sidelines as Mancini took his hacks.

Story led off with a respectable 12 home runs, but Mancini, who had belted 24 in the first round, knew he had the power to eclipse him. With less than 30 seconds left on the clock, he drove a ball deep to left-center field next to the batter’s eye, clinching a spot in the finals.

Before this year, the last Orioles batter to reach the Home Run Derby finals was Miguel Tejada, who needed only five home runs to topple Houston’s Lance Berkman for the crown in 2004.

But Mancini was up against a juggernaut, a Home Run Derby machine. Mets slugger Pete “Polar Bear” Alonso was on a mission to defend his title. Mancini knew he was the underdog, but that didn’t deter him.

He clubbed 22 home runs to open the final round, an impressive performance; however, in the end it wasn’t enough, as Alonso walked it off with his 23rd home run in the bonus round to repeat as champion.

In total, Mancini’s staggering 59 home runs were the most by an Orioles batter in Home Run Derby history, more than doubling Miguel Tejada’s total of 27 in 2004.

And in addition to the 59 home runs, he had won the hearts of millions with his inspirational performance.

“Looking back, I’m so thrilled that I did it, and especially after how hard the previous year was,” said Mancini. “It was just one of the most incredible nights of my life.”