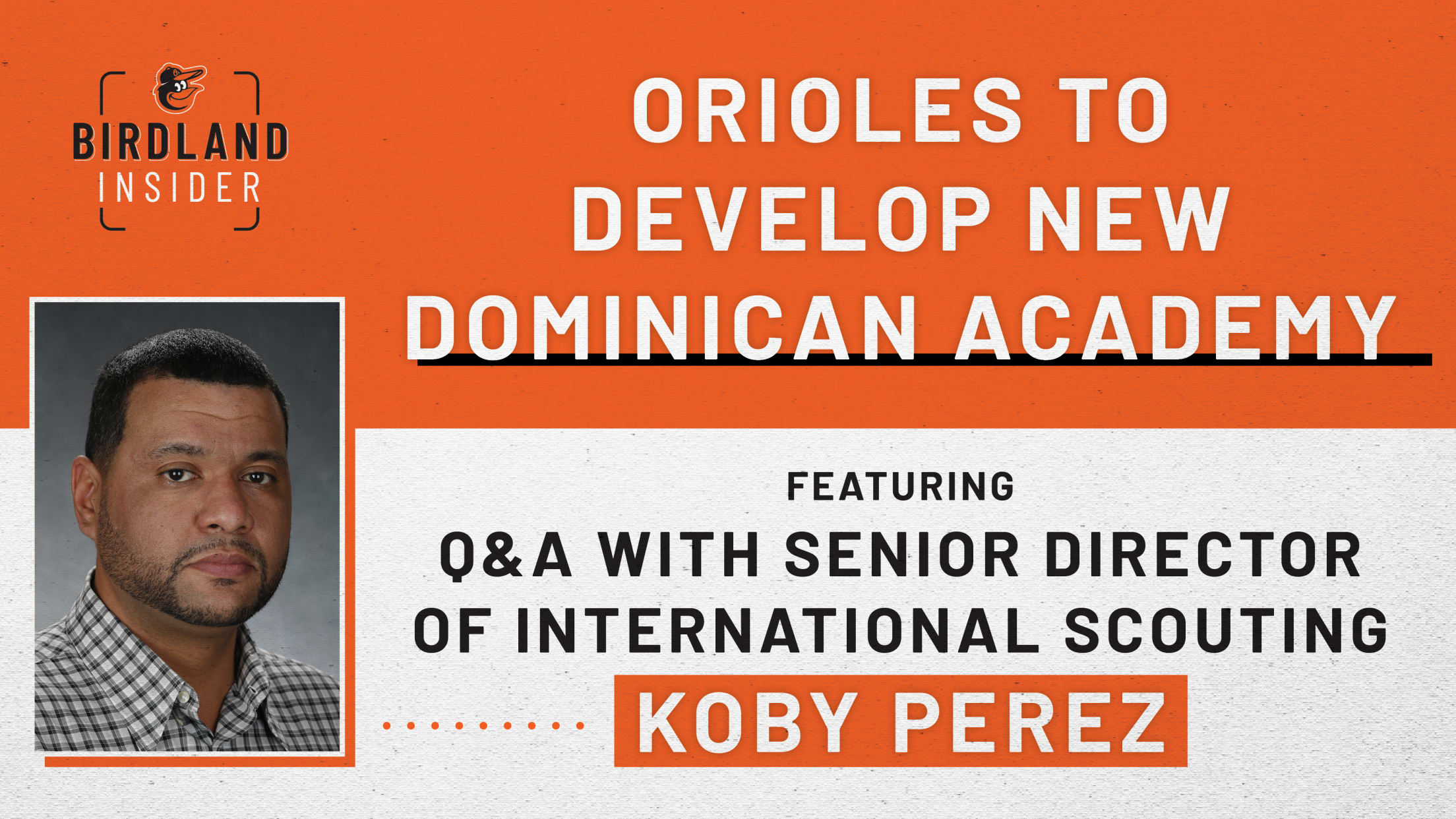 Orioles Future Even Brighter with Addition of New Dominican Academy

While much of the buzz during Spring Training comes from the excitement of a new season and the chance to see top prospects share the field with Major League stars, the Orioles made a big splash today when they announced plans to develop a new, state-of-the-art training academy in Guerra, Dominican Republic. For more than two years, the Orioles’ front office has been quietly laying the foundation for today’s announcement, which represents a historic investment by the club in international scouting and player development. Led by landowner and developer Brian Mejia and renowned Dominican academy architect José Mella – who is considered one of the foremost training facility architects in the Dominican Republic and has designed around half of the current academies in the country today – the announcement of plans to develop a 22.5-acre complex in Guerra is a major milestone for the Orioles and demonstrates the level of commitment from the partnership group and baseball operations leadership to improving the club’s international presence.

The Guerra project is set to begin construction in the coming months. With a 12-16 month timetable for completion, it won’t be long before the construction site is transformed into a thriving hub of baseball activity, housing over 100 players, coaches, and staff as the home of the Orioles’ Dominican player development operations. The complex will feature three full fields, a sports turfed agility field, batting and pitching tunnels, administrative buildings, dormitories, and educational facilities.

Spearheading the project for the Orioles are none other than Executive Vice President and General Manager Mike Elias and Senior Director of International Scouting Koby Perez. Perez, who has 20 years of experience in professional baseball, understands the importance of a modern training facility in the Dominican Republic as well as anyone in the industry.

Born in Tamayo, Dominican Republic, he enjoyed a five-year minor league career before entering the scouting ranks as a part-time scout with the Boston Red Sox, later attending the Major League Scouting Bureau’s Scout School. He spent five seasons on the Philadelphia Phillies’ Latin American scouting staff before joining the Cleveland Indians organization in 2013 as an International Crosschecker, where he was later promoted to the club’s Director of Latin American Scouting in January of 2016, a position he held until joining Elias and the Orioles in January of 2019.

Birdland Insider connected with Perez to discuss the significance of the new academy and what it means for the club’s long-term success.

Q: How long has this project been in the works, and what were some of the key factors that went into the decision to make this investment?

A: When I signed on with the Orioles two years ago, Mike Elias had already been looking at potential complex options. Since then, we have hit the ground running and we have made many trips to the Dominican Republic. We toured some of the top-level complexes in the DR to ensure the construction and the design of our complex would be the best fit for us. We engaged with our player development and scouting departments to ensure we have all the proper space/equipment necessary to have all we would need for our state-of-the-art facility.

When you look at the value that players from Latin America are bringing to Major League organizations, it made sense to give ourselves the best opportunity to both recruit and develop players with a state-of-the-art facility.

Q: How valuable is a facility like this when it comes to recruiting elite international talent to the organization? Do you anticipate the club being able to sign “bigger name” prospects in part because of this academy?

A: If you look at recruitment in sports at any level, the athletes want to go to a place that gives them the best opportunity to succeed. Having this state-of-the-art complex will not only give the athlete all the resources they need to perform at a high level but will also prove to them that we are fully invested in helping them become successful.

Q: What are some of the most exciting features that will be made available to players at the academy?

A: I am super excited about the artificial turf agility field. The turf is a commodity that is rare in DR complexes and gives us the ability to get work in even if the weather is not cooperative.

Q: What is the excitement level at the current facility as well as within the scouting department?

A: Our entire staff is excited and counting the days for the ribbon to be cut.

Q: Is there anything you plan to do differently at this academy to create a competitive advantage over other clubs?

A: We will definitely provide tours of the complex to potential prospects and their families, showing them that they will be put in a situation that will help them be successful.

Q: What resources – beyond modern athletic training facilities – will players have access to?

A: Our educational facilities are one of our main focuses. The educational, cultural, and language opportunities are endless for these kids.

Q: How does a facility like this benefit the surrounding community in the long term?

A: The benefits for the local community and its economy include a boost in employment and discretionary income. It will bring positive attention to the area as well.

Q: What does this academy say to the club’s Dominican players who see the investment the club is making in their home country?

A: I think they will stand to benefit from the academy as well. When players return home in the offseason, they know they have a state-of-the-art and safe facility where they can effectively and privately get their work done. Also knowing that the organization is investing and trying to help produce more Major League players in their home countries is a good indication of the organization’s intentions.

Q: What can fans expect to see from the time that developers break ground in the coming months until the construction is completed 12-16 months later?

A: We have extended our lease at our current facility, so our players and staff will still be very hard at work. Hopefully, we can provide updates once we get more precise timing on when the construction will finalize.

Q: How much progress has the organization made in international scouting and player development since you joined the Orioles in January of 2019?

A: I think we have made great advancements and this academy will put us in a very good position to succeed both from a scouting and development standpoint. The fact that we are signing players all throughout Latin America is the commencement of a strong pipeline of talent that will become more evident in the coming years.

The development of the Orioles’ new Dominican academy will be a long but rewarding journey for players, staff, and fans alike, as they watch the construction begin with the official groundbreaking ceremony, all the way through until the final ribbon cutting 12-16 months later, signaling the beginning of a new era of Orioles baseball in the region.

The Orioles’ revamped international presence will also serve to complement the club’s tremendous domestic success since Elias took over as Executive Vice President and General Manager in November of 2018. Currently, the Orioles are ranked as the seventh-best farm system in baseball by Baseball America – the club’s highest ranking in the publication’s 37 years of ranking farm systems – but have only one homegrown Latin American player among their Top 30 prospects in outfielder Luis González. This will certainly not be the case in years to come, as talented young players – many of whom may already be in the system – begin their professional journey at the Dominican academy before rising through the ranks of the club’s minor league affiliates, and eventually taking the field at Oriole Park at Camden Yards. And that journey starts now.