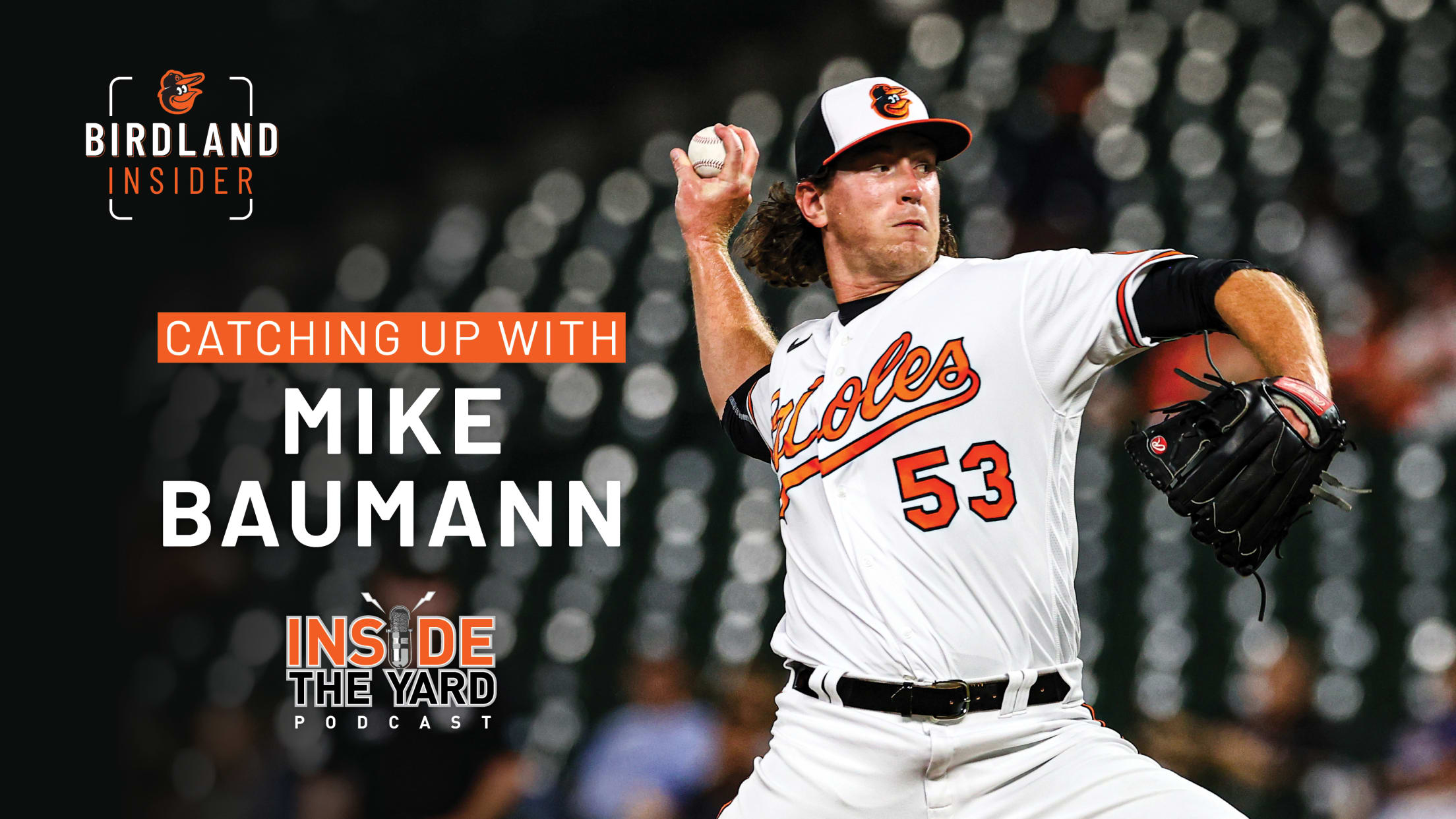 Catching Up with Mike Baumann

On Sept. 7, Mike Baumann, the Orioles' No. 9 prospect, became the eighth reliever in franchise history to earn the win in his Major League debut, and the first since Alberto Castillo on April 28, 2008. The 6-foot-4 righty – appropriately nicknamed “Big Mike” – recently sat down with Geoff Arnold and Brett Hollander to talk about his debut, what it was like to reunite with former Jacksonville State teammate Austin Hays, and reflect on growing up in Minnesota.

“I got the call last Monday night from our Triple-A manager, Gary Kendall,” said Baumann. “He just told me to pack up my bags and go to Baltimore Tuesday morning, and next thing I know I’m in a big league game at Camden Yards pitching against the Kansas City Royals. It was a pretty surreal moment and everything was kind of a blur.”

Baumann entered the game in the fifth inning and did not allow an earned run to score. Prior to his MLB debut, Baumann could count the number of relief appearances he made on one hand.

He gives Orioles bullpen coach Darren Holmes a lot of credit for helping him prepare for his first big league outing.

“[Holmes] was helping me out,” said Baumann. “Their plan was to give me enough time to get warm, get ready, kind of treat it like a normal starter routine out of the bullpen. He really helped out with my timing and made it a lot easier.”

Being reunited with Hays has also helped make Baumann’s transition to the Majors a lot easier.

“Hays made me feel a lot more welcome,” said Baumann. “He came up and gave me a great big hug when he first saw me. And at the end of my outing he came up to me again and gave me another big hug. It was awesome to have him playing behind me. It’s been a few years. I was never able to catch up to him in the minors, he moved up too quick.”

The trio also discusses the other friendships Baumann has made throughout his career as an Oriole, including being part of left-handed pitcher Zac Lowther’s wedding.

“When we first got drafted, Zac was the first person I met when we got off the plane,” said Baumann.

“And from then on, he was my first roommate, my first catch partner and we went up together at each level for the most part. So being in his wedding with a couple other guys in the system, it’s pretty cool and goes to show the kind of relationships you can build in pro ball.”

Lastly, Arnold and Hollander ask Baumann what it was like playing baseball while growing up in Minnesota.

“Growing up, baseball was just one of three seasons for us,” said Baumann. “Myself and all my friends, we all played different sports, a lot of hockey players, a lot of football, and baseball in the spring. We were lucky to get out during the summer. It was tough to find space in the winter to go and throw and hit, but we made it work. I didn’t realize until I got down to Florida how much of a bonus it was to be able to play year-round. It was a different world down there.”

While Baumann was never into winter activities like ice fishing, hockey, or snowmobiling, or he did have to help shovel to get ready for baseball season.

“In high school, before the season started, we would help out to shovel the snow to speed up the process and get out on the field faster,” said Baumann.

They finish the episode with their “Fast Five,” asking Baumann his favorite baseball movie, high school senior year ERA, the most influential baseball person in his life, his favorite Minor League city to play in or visit, and one talent outside of baseball.

“I don’t know if I have [a talent],” said Baumann. “Fantasy football takes up most of my time. I have like seven teams. I can’t say no, I can’t turn down my friends when they ask me to join.”