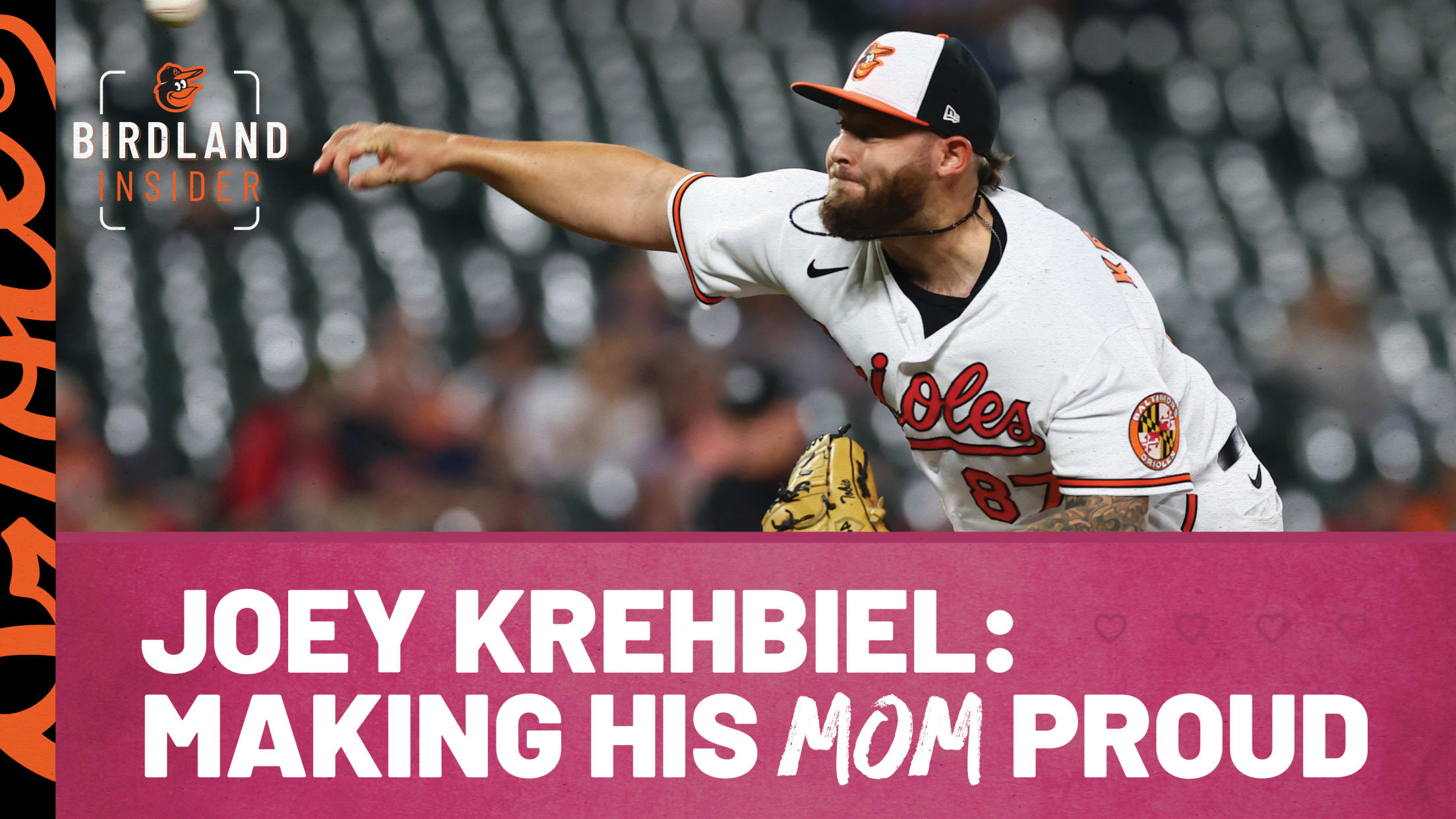 Joey Krehbiel was walking around his local mall in in Seminole, Florida, when a tattoo shop caught his eye. They were offering breast cancer awareness ribbon tattoos for $50. It felt like a sign.

“I went and got a little ribbon,” said Krehbiel. “They put a little pink in it, but I didn’t want too much pink. Just having that close to me is really important.”

The pink ribbon on his forearm was not Krehbiel’s first tattoo, but it was his first with real meaning behind it. Shortly before he stumbled upon that tattoo shop, Krehbiel lost his mom, Rolande, to breast cancer.

When something has been gone for 10 years, it is never supposed to come back. At least that is what Krehbiel thought. Until one day he got a call, his mom’s breast cancer had returned, and it did not look good.

“You kind of stop thinking about it for a while,” said Krehbiel. “And then all of a sudden it’s such a surprise. It’s supposed to be gone and gone forever and then it comes back. I couldn’t imagine how she felt, but for me, it was pretty bad.”

Rolande was first diagnosed with breast cancer when Krehbiel was five years old. She recovered, and for years everything looked okay, until one day it did not. Her second diagnosis came when Krehbiel was in his early 20s.

He was on the other side of the country at the Arizona Diamondback’s Fall Instructional League when he got the call. The next day he was on a flight back home to Florida. At that time, she had been given less than a year to live. Krehbiel wanted to spend what time he could with her.

“I know it kind of sounds cheesy,” said Krehbiel. “But when you are in that stage that’s kind of all you have – the quality time.”

Growing up, Krehbiel and his mom spent a lot of quality time together. Their Tuesday and Thursday nights were spent at a local volleyball court, where Krehbiel would watch his mom in her weekly league, and eventually join in the games himself.

On the weekends, they’d travel together across Florida to attend baseball tournaments. Krehbiel’s dad traveled a lot for work, so it was usually just Joey and his mom on the road trips and in the hotel rooms. Those weekends are some of his favorite memories with her which is why, almost seven years after her death, the baseball field is still where he feels closest to her.

“I don’t think she missed a game from when I was in fifth grade on,” said Krehbiel. “The baseball field I would say is where I feel closest to her. Growing up, if I needed to look up in the stands, if I needed something – lunch, a Gatorade, anything, she was always there.”

Always being there is exactly how Krehbiel describes his mom. She always made sure everyone had what they needed. If someone was hungry, she would feed them. If one of Krehbiel’s friends needed a haircut, Rolande, a hairdresser, would take care of them.

Those are the qualities of his mom that Krehbiel sees in himself. He does his best to be kind to everyone and keep things light around the clubhouse, just as his mom would have done.

Krehbiel still has conversations with his mom, though they look a little different now. She is always in his prayers, and he still feels her with him, especially in big moments, like when he threw a scoreless 1.2 innings in his Major League debut in 2018. Or when he made his first Opening Day roster in 2022 and did not give up an earned run in his first seven appearances.

In those moments, it is hard not to think about how proud she would be of him. But Krehbiel has an idea of what she would say if she were here.

“There couldn’t be any words,” said Krehbiel. “Me getting called up from Low-A to High-A was such a big deal. Now playing in the big leagues, even if just for a small amount of time, would be crazy. She would be flying out to every city, checking out the shops, going to all the stadiums and stuff. She would definitely like that.”

As much as his mom would have loved to watch him, he would love to have her back in the stands even more. But this Mother’s Day, he will still put on his pink cleats, and if he needs to, he will look down at the light pink ribbon on his forearm and know she is always close.

“If I could tell her anything I’d say, ‘Please let me get three strikeouts tonight,’” said Krehbiel, with a laugh. “No, I think, ‘Thank you for everything. I don’t think I would be who I am today without you. It’s been a little while now, six almost seven years, but you paved the right path for me.’”