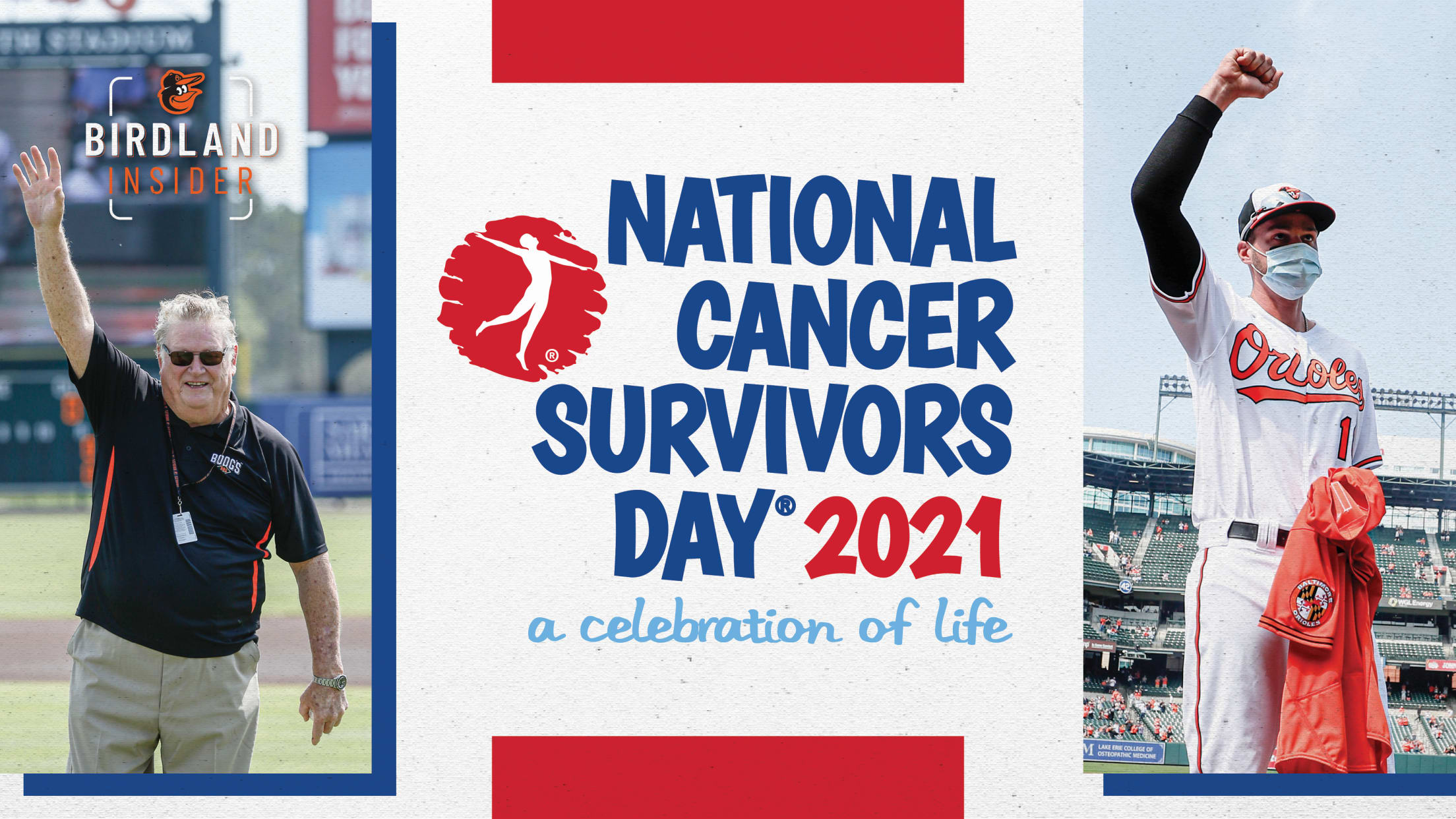 Boog Powell, the Orioles’ slugging first baseman of the ‘60s and ‘70s, was in the team’s Spring Training clubhouse in Sarasota one day in March 2020, prior to going out to man his “Boog’s BBQ” stand in left field, when he saw Trey Mancini on the other side of the room.

“Trey didn’t look left, didn’t look right. He just made a beeline to the manager’s office,” Powell said. “I think that was the day he found out.”

What Mancini found out was that he had colon cancer – something Powell could empathize with.

It was in August 1997, during a routine exam, that the 1970 American League Most Valuable Player learned that he, too, had colon cancer. He had just turned 57 years old.

It was a shock to the system for Powell, who hit 339 homers in his 17-year career, 303 of them during 14 seasons with the Orioles. In addition to his 1970 MVP award, he finished second the year before that and was third (behind teammates Frank and Brooks Robinson) in 1966.

“I was having my regular check-up with Dr. (Sheldon) Goldgeier. It was Friday, August 22, 1997,” Powell said, remembering the date. “He had just finished checking my blood pressure, my prostate, doing the blood work, and he asked me if I was having any problems. I told him once in a while I have some bleeding. He said, ‘You’re 57 now, it’s time for a colonoscopy. I didn’t even know what that was. Nobody in those days really talked about it. It wasn’t publicized much like it is now.”

Asked when he wanted to have it done, the athlete in Powell took over.

“Do it as quick as you can, I told him,” Powell said. “I had the colonoscopy on a Friday and on Monday I went into surgery. It’s kind of a shock to your system. Being a competitor, I said, ‘Let’s get going, let’s not mess with it.'”

That weekend, Powell went down to the Orioles clubhouse at Camden Yards and saw Orioles outfielder Eric Davis, who had recently undergone colon cancer surgery. Davis would make a near-miraculous return to the playing field in September, batting .304 and helping the Orioles to the postseason. Not coincidentally, Powell had the same surgeon as Davis – Dr. Keith Lillemoe – one of the top surgeons in the country, then at Johns Hopkins Hospital and now at Massachusetts General Hospital.

That Monday, Dr. Lillemore told Powell he “won’t know what we’re looking at until I get in there.” Once he did, he removed four feet of colon from Powell, resectioned it and stitched him. Fortunately for Powell, the tumor – the size of a baseball – had not moved outside the colon and was caught early enough. He spent a week in the hospital before going home.

But Boog didn’t want to take things for granted.

“Dr. Lillemoe said he got it all and that I didn’t have to have chemotherapy, it was up to me,” he said. “I asked him, ‘What would you do doc?’ He didn’t hesitate and said, ‘I’d have the chemo.’”

So, it was back to the hospital for 18 chemo treatments over the next six months or so. For Powell, that was worse than the surgery, which left him with a scar that ran from below his navel to near his breastbone.

“By the end of the chemo, that was the worst I felt in my entire life,” he said. “But I gradually started feeling better.”

Much like for Trey and the support he received throughout his fight, the presence of his family, visits from teammates like Jim Palmer and Brooks Robinson, and the many cards and letters he got from Orioles fans were a definite boost.

“It was hard with the chemo injections, keeping my mood and spirits up, really hard. I had no energy. But all the mail I got – the fans wouldn’t let me be down,” Powell said.

“I was fortunate to be surrounded by people who care about me,” he said. “I’m sure Trey feels the same way. I haven’t talked to Trey – I did talk to his mom – but I’m sure he had that competitive feeling like, ‘Let’s get on this and tackle it right away.’”

Although Powell was used to regular visits to the doctor, the colonoscopy – at age 57 – was his first. He sometimes wonders why he waited so long – especially after one of his best friends in baseball, Charlie Lau died of colon cancer in 1984 at age 50.

Boog is now an advocate for early colonoscopy screening. He did a series of public service announcements with Davis in the late ‘90s, as well as television interviews with Dr. Lillemoe to bring attention to getting tested.

“Every now and then I go, ‘Why didn’t I think more about that earlier?’ Now I get a colonoscopy every three years,” he said.

Which is advice he has for everyone, particularly those with a family history of colon cancer.

“The whole key is early diagnosis,” Powell said. “Please pay attention to what’s going on with your body. If you’re over 50, go in and get a colonoscopy. If it’s in your family, go. All my kids have had them since they were in their 20s.”

As two cancer survivors, Trey and Boog are well aware of the benefit that regular doctor’s visits can have for anyone. Much like Boog, Trey has become an advocate for early screenings and has spent the better part of the last year doing so through The Trey Mancini Foundation and his work on the Colorectal Cancer Alliance’s “Never Too Young” advisory board, which advocates for all young-onset patients and survivors.

Today, June 6, marks National Cancer Survivors Day – 24 years since Boog’s diagnosis and just 14 months since Trey’s – and certainly a day neither will ever take for granted.